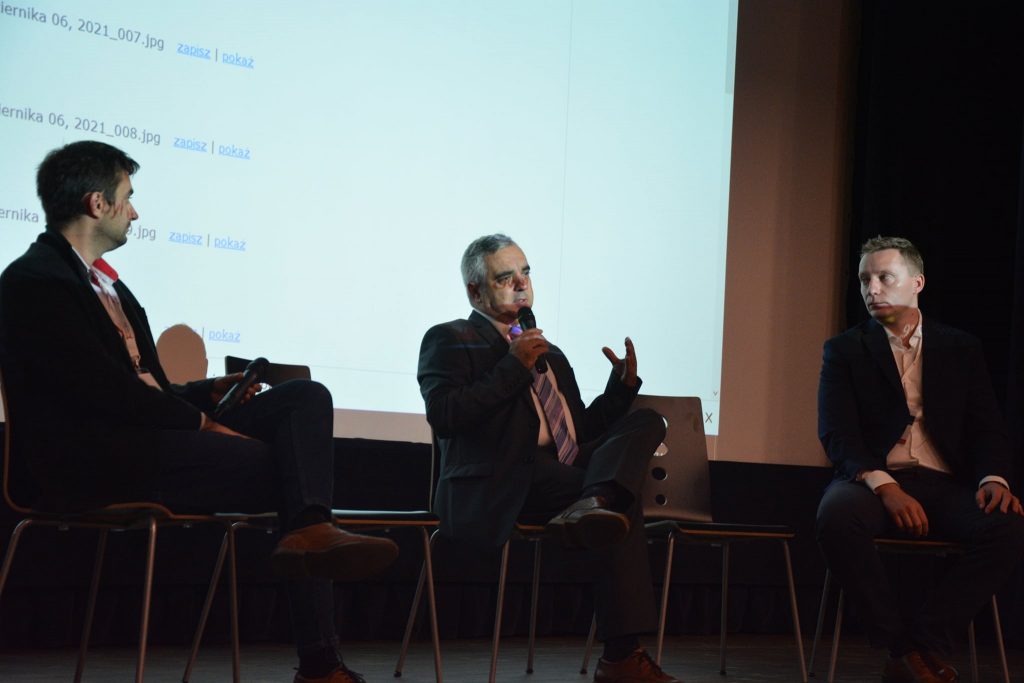 As part of the 3rd Smart City, Smart Village conference, which took place on 7 October in Lubaczów, one of the discussion panels was devoted to modern solutions concerning Smart City. During the discussion, Councillor of the City of Rzeszów, Daniel Kunysz, talked about micro-mobility in Rzeszów and the implementation of a solar charging station for jCharge scooters, which was installed in the city in September this year.

The company SEEDiA, which offers comprehensive solutions in the field of electromobility, came with an offer – Firstly, the city’s problem is the purchase of bicycle racks and their installation. This often requires the consent of the conservation officer. The conservator often doesn’t want to agree because such a stand covers e.g. a historical facade of such a building, so it is not possible to put such an element everywhere. – Such consent is no longer required to erect a mobile charging station. Here the procedures are much simpler. We can put it up, because it is not permanently connected to the ground. Such an object is also an interesting offer for private investors such as galleries, shopping centres.

Such a station solves several issues. Firstly, the user can see from afar “I have a parking space here, I can park my scooter here”. The scooter can also be plugged in to the charging station straight away, which means that some work for the operator is eliminated. Operators drive around at night and tidy up these scooters after users’ journeys and try to place them according to regulations in designated areas, but this involves costs, logistical operations, etc. Hence, if users already had a cheaper ride in advance that they would park at such a station, this station draws its energy from the sun, it also immediately charges these vehicles. The operator therefore does not need to drive the scooters to himself to recharge them.


We are slowly seeing that people are starting to see this alternative of scooters. SEEDiA has set up the first station, which stands in Rzeszów on Plac Wolności. It is a well-sunny spot, where photovoltaic panels collect the sun’s rays and charge the station’s batteries, then the station transfers the energy to the scooters. A passenger who gets off the bus has an immediately available scooter that has full range. He is able to travel to the other part of the city on one scooter – he doesn’t have to change.

SEEDiA representative Arkadiusz Pawlikowski added that in addition to the pilot implementation of the jCharge station, a solar bench has also been installed in Rzeszów. Its task is to enable charging mobile phones. We also have solutions for benches that have the possibility of being equipped with bicycle racks.