Krakow honoured the outstanding singer and composer, Zbigniew Wodecki, with the multimedia SEEDiA solar bench, which plays his works and charges passers-by’s phones at the same time. We completed the whole with a beautiful perforation with the name of the artist, who is the showcase of the city of Krakow.

– An artist who, despite his great recognition, traversed the city only on foot. Even if it took much longer than usual because his fans kept stopping him. Today, walks around Krakow – with stops in places such as a bench in Powiśle – remind us of it in a beautiful way, “we read on the Zbigniew Wodecki Foundation website. 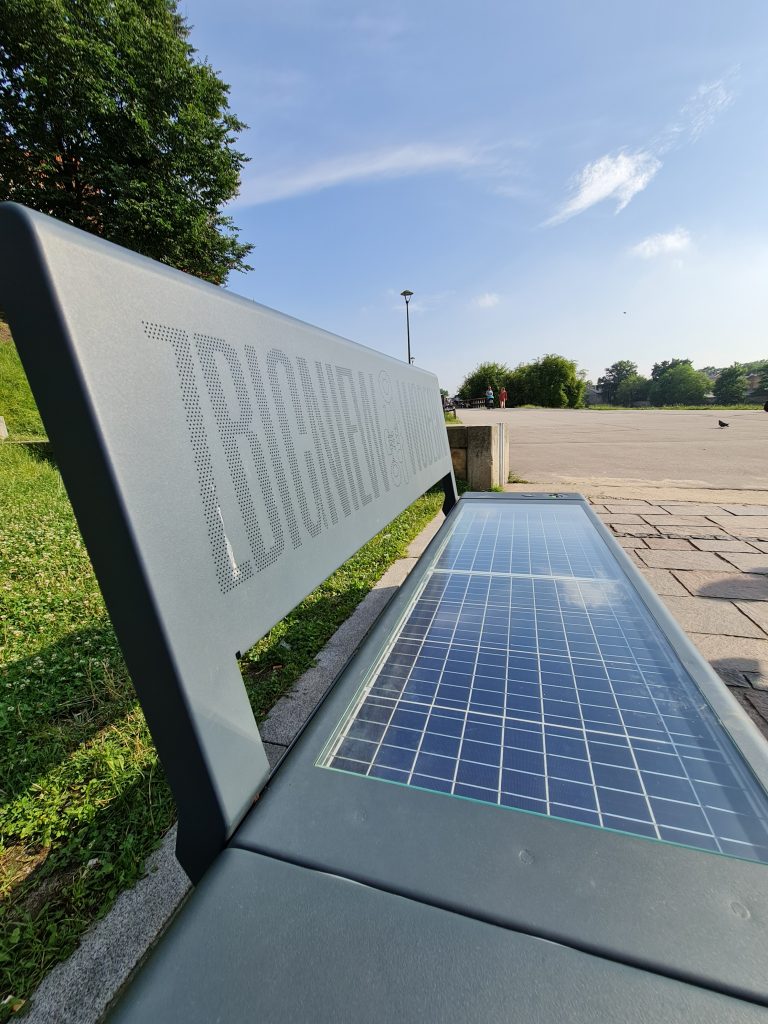 The implementation was carried out on the initiative of Fundacja im. Zbigniew Wodecki, the Krakow Festival Office and the Board of Green City in Krakow. The solar bench in the SEEDiA City Classic model recreates several works of the artist. It also allows you to charge mobile devices via the installed USB ports. This possibility is used by thousands of people walking near the bend of the Vistula and Wawel. 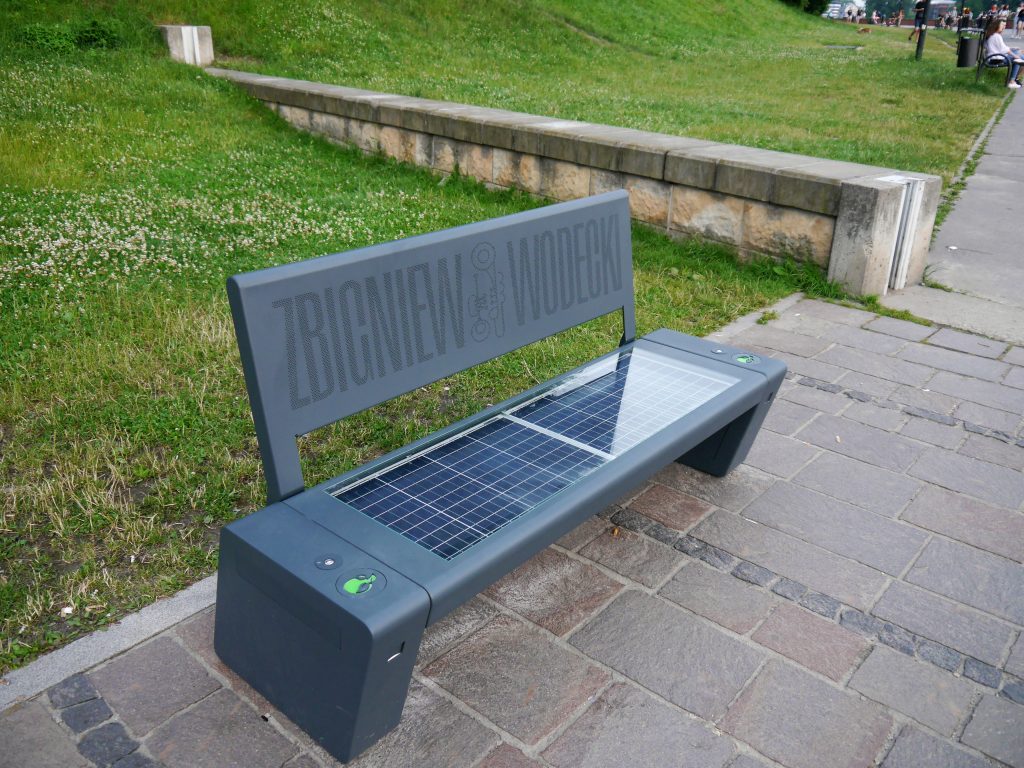 Zbigniew Wodecki’s bench was placed at the foot of Wawel, on the street. Powiśle 11. The installation is very popular both by Krakow residents and tourists. There were voices in social media to commemorate other artists such as: Marek Grechuta, Ewa Demarczyk, Andrzej Zaucha. 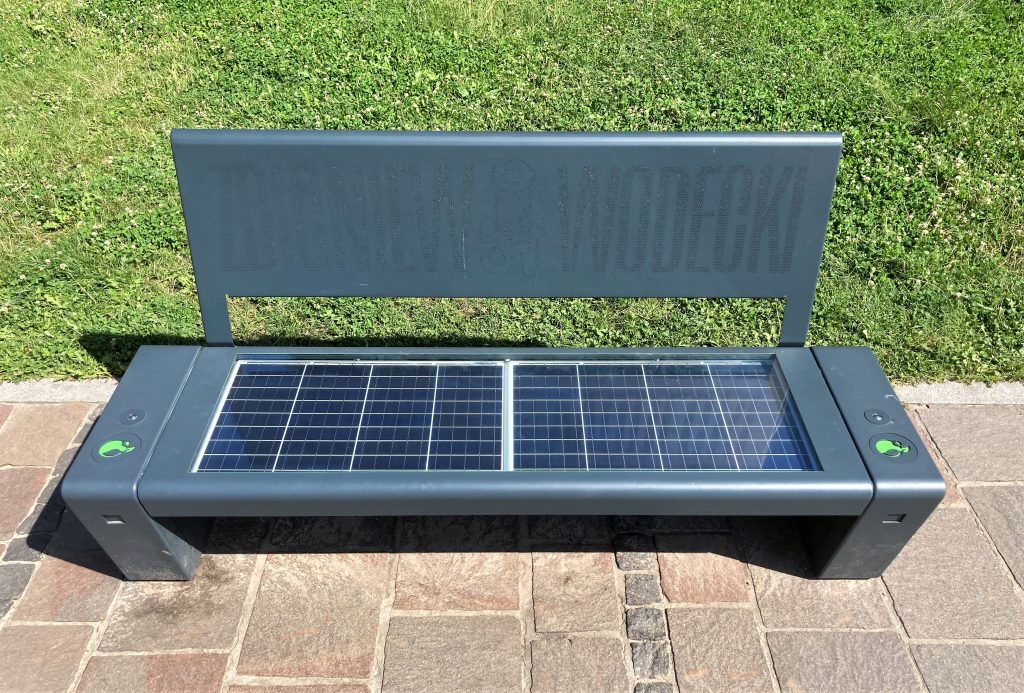