Since July, the citizens of Zielona Góra can enjoy three solar benches from our new line – City. The line is designed for municipal spaces, and characterized by its modern motif, which is a great fit for its innovative nature. 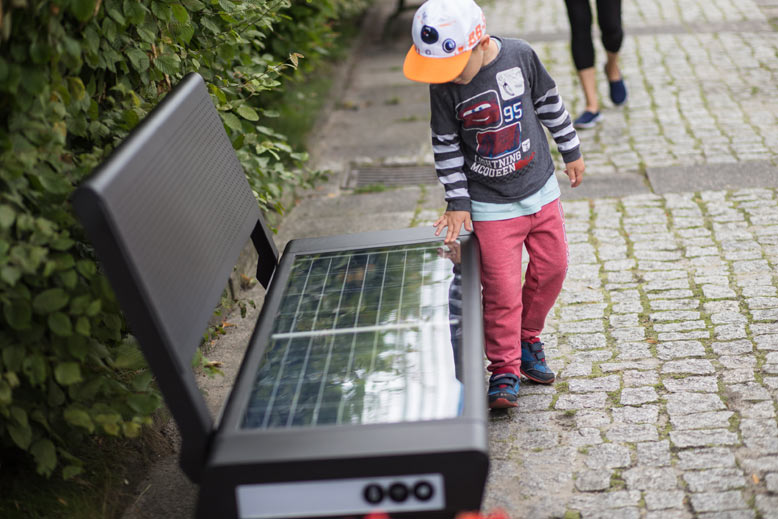 Each of the benches is equipped with a photovoltaic panel situated in its seating, which transforms the gathered sun energy into the ability to charge mobile devices. Two USB ports allow to charge any device much faster than a normal socket. 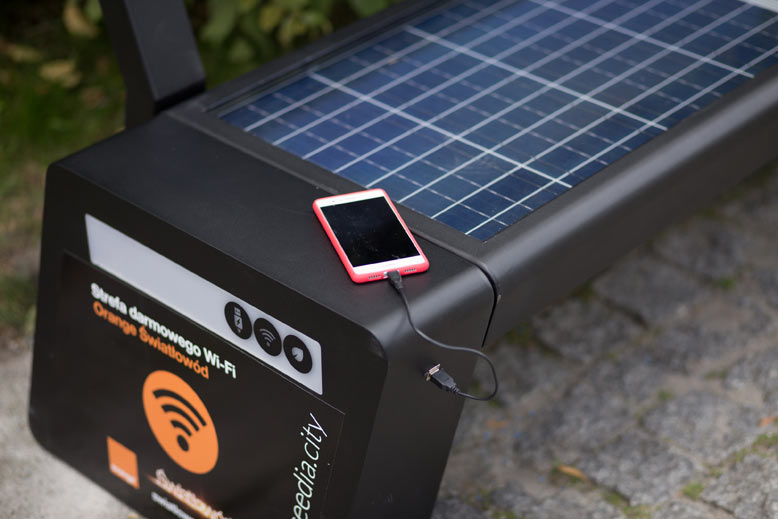 Additionally, the CO2 emission to the atmosphere is greatly diminished thanks to the solar panels and utilization of sun as a renewable source of energy. 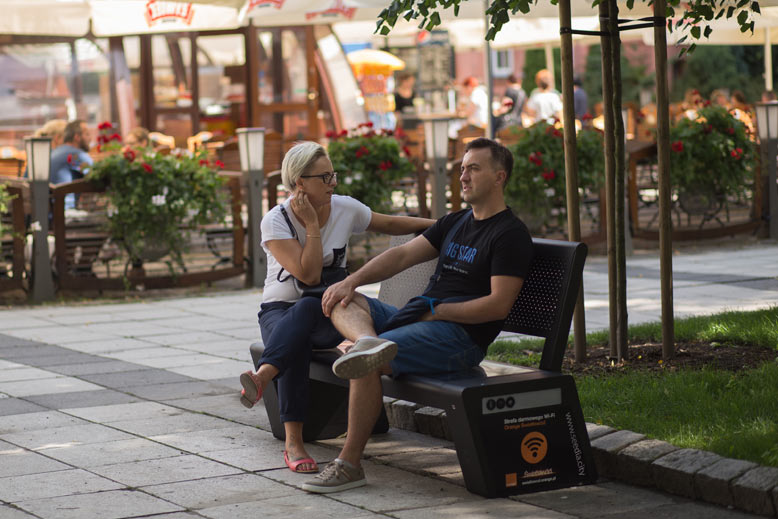 The citizens can make use of free access to the Internet, which is provided to the solar benches by Orange. 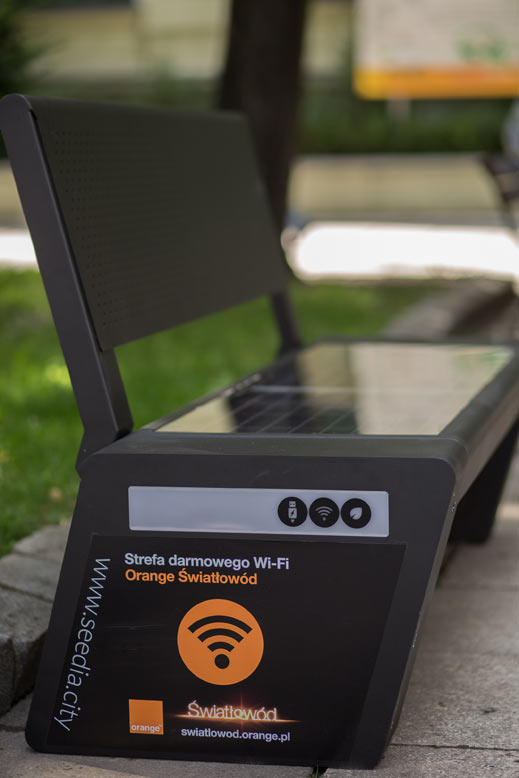 Zielona Góra’s Municipal Council carried out the project due to participatory budgeting, in which the citizens proposed to set up smart solar benches in several locations around the city. The idea met with widespread interest and received over 2,000 votes. 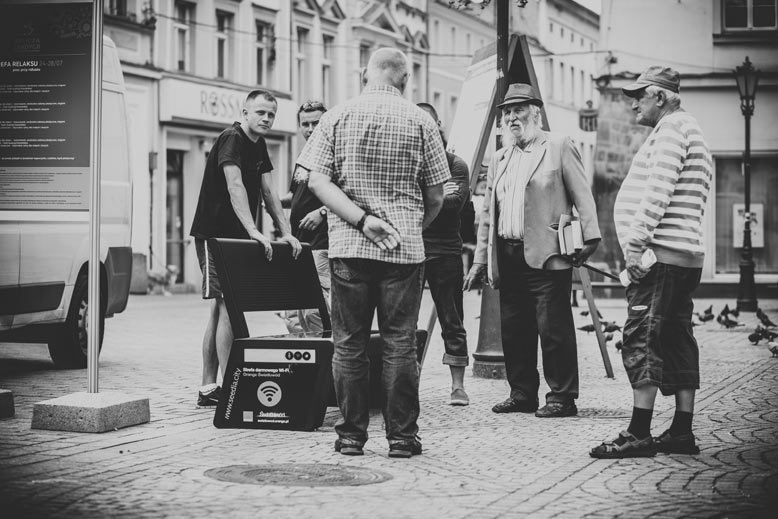 The benches were situated in three spots: at Al. Niepodległości 10, by the City Hall at the Old Town and at The Heroes’ Square. 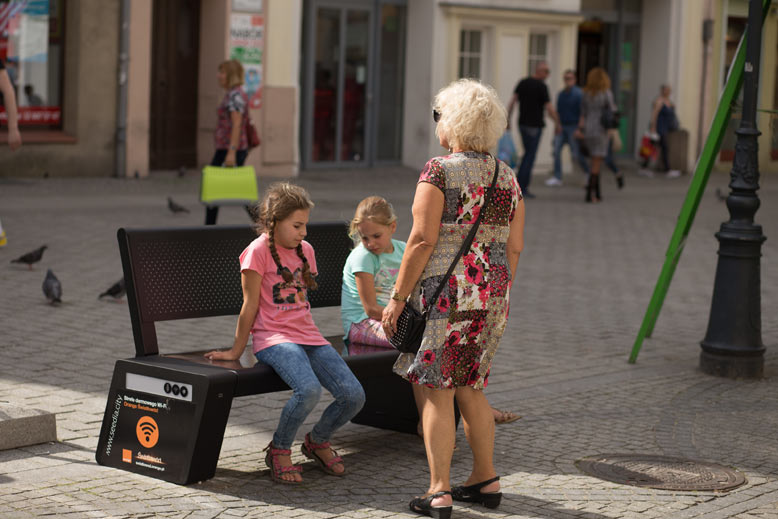 It’s the first installation of this line, so our CEO Piotr Hołubowicz personally showed up to oversee the setup, to ensure the city’s satisfaction and make sure that the design is suitable to the inhabitants who voted for the project. 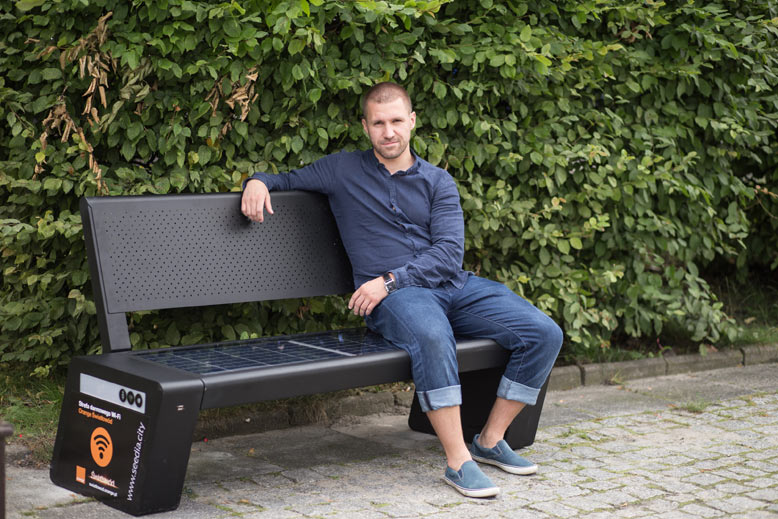